Your resource for all things immigration. 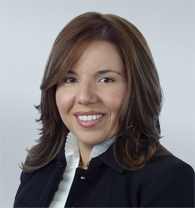 Yesterday, the Obama administration announced potential changes that could significantly impact the EB-5 investor visa program.  The EB-5 investor visa was originally established by Congress in 1990 to attract foreign investment and stimulate the economy in hopes of spurring job creation in the United States. END_OF_DOCUMENT_TOKEN_TO_BE_REPLACED

Earlier this year, bipartisan legislation was introduced that would permanently authorize the EB-5 Immigrant Investor Pilot Program. Rather than pass the legislation, the U.S. House of Representatives passed a Continuing Resolution that included a provision to the extend the EB-5 program “as is” through December 11, 2015. END_OF_DOCUMENT_TOKEN_TO_BE_REPLACED

EB-5 Regional Center Annual Reports are Due by December 29, 2015

During its most recent stakeholders teleconference, U.S. Citizenship & Immigration Services (USCIS) reminded participants that regional center reports for 2015 Fiscal Year were due on October 1, 2015, and must be filed by no later than December 29, 2015. USCIS recommended that regional centers complete all fields on Form I-924A, and timely file the required reports. END_OF_DOCUMENT_TOKEN_TO_BE_REPLACED